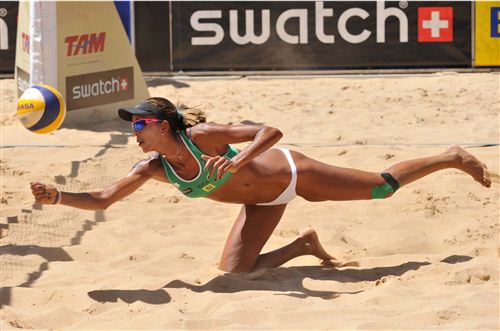 Qualifiers have kicked off in Brasilia. With the women’s draw now complete there have been a couple of interesting results.

Firstly two of the three qualifying Dutch teams have made it through, Van der Vlist-Mooren and Meppelink-van Gestel, both upsetting higher seeded teams in the final round. They will join Sanne Keizer and Marleen Van Iersel making a total of three Dutch teams in the main draw.

The British team of Johns-Boulton (GBR) defeated Angie Akers and Brittany Hochevar (USA) in a close three set match and a pretty big upset. This is a great start for the Brits given that they so close to playing as the host country in London this July. Luckily for the US team, they are through to the main draw as the lucky loser. The bad news here is that they will take the place of Austria’s number one team Schwaiger – Schwaiger who withdrew due to illness.

The men’s qualification draw will start in just a few hours. I’ll be watching closely to see how the Australian team of Mercer-Slack go. Will Mercer has some huge potential, and playing along side the experience of Josh Slack, he has a chance to make an impact. Other teams to watch, the Canadians Saxton-Redmann and the Austrians, Huber-Seidl.